​​The History Of The Canadian Suffield Mustang

Canadian Suffield Mustangs, have a different starting point than most modern horse breeds. They all came from the Suffield Military Base where they had been genetically isolated for 60 years without  the  influence  of man. Before their isolation on the base the Mustangs had been partially ‘managed” by local ranchers who selected horses from the wild herds and contributed  new genetics to the herds whether intentionally or not.

When the base was fenced, nature took over the selection process. You could say nature did the ground work for the Suffield Mustang. Nature does not select for  the same traits that humans do, nature selects horses most suited for life on an active weapons testing Military Base on the harsh Canadian Prairies. Nature selected horses that were tough, hardy, smart, had excellent mothering traits, could nurse a foal through it’s first winter while pregnant with the next years’ foal.  Nature also selected Mustang foals that grew quickly in order to be large enough to survive their first harsh winter. After that first year fast growth was undesirable as in the wild, a horse that matured quickly was usually not long lived.  A early maturing female would likely be bred at a young age and may not be able to grow and carry/nourish a foal while trying to survive a harsh Prairie winter. Thus, Mustangs have been naturally selected for slow  physical development. This slow development has helped Suffield Mustangs avoid many of the nutritional related diseases that plaque many horses today.

But nature also selected for intelligence as the Mustangs had to be smart enough to stay out of the way of the active weapons testing areas. Horses  needed to  have strong herd  instincts and communicate well with each other, for their survival depended on it.

Most stallions spent their entire lives in small bachelor herds. Only the toughest, smartest stallions got the opportunity to reproduce.

Mustangs had to be healthy, hardy and have excellent legs and hooves of iron. Wild Mustangs did not get their hooves trimmed every  8 weeks or wear shoes. The rough ground wore their hooves down and horses with foot or leg problems simply did not survive.

This selection process unwittingly selected for  longevity and there are reports of mares in their 30’s  successfully raising healthy foals.

Mother Nature did not select for pretty heads or colour or unique patterns. Excellent legs, feet, and “easy keepers” were desirable traits, as they meant such horses would survive to pass on their genes.

Man is responsible for the selection of “pretty” and “colourful” and many times man lost sight of the  “big picture” whereas Nature never does. Only the fittest will survive certainly produced some amazing horses. Without the influences of man the Suffield Mustangs would still be the “wild horses of Suffield”.

But in 1994, government officials declared the wild horses were a threat to the local ecosystem and ordered all the wild horses removed from the base. This official government action would have meant the end of these living pieces of Canadian heritage, except that a few dedicated horsemen recognized the quality of these horses and stepped  forward to prevent them from disappearing forever. 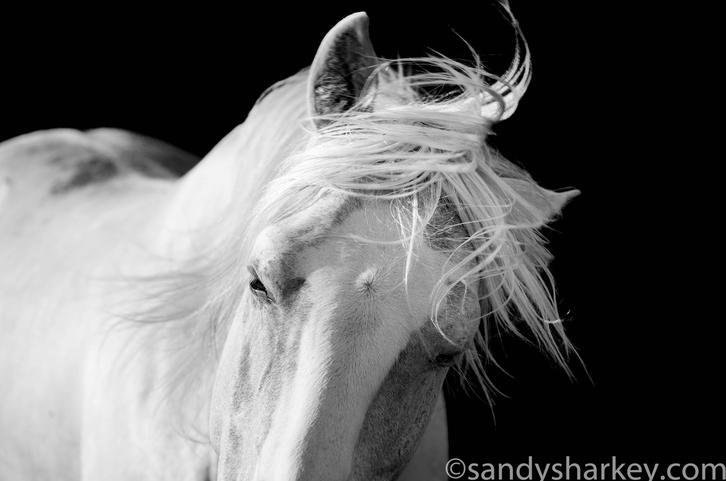