How does a “breed” of horse come to be?

All domestic breeds started simply by the selection of horses that demonstrated the “traits” that certain people found desirable. For example, draft horses are very different from Arabians or Shetland ponies. Each breed was created  because the horses were selected for characteristics that made them most suitable for their desired  purpose. Humans then continually selected the horses that possessed the desirable traits  aka the traits that best suited the human’s needs. Over time, breeders develop a “breed standard” to  help evaluate individual horses and use this standard to further define the breed. Over the years each  breed evolved into what they are today. Of course, breeds continue to “evolve” and unfortunately man’s influence can select traits that are detrimental to the overall health of the horse.

Before the Suffield  Military  Base  was created, the wild horses on the prairies were loosely managed by local ranchers, who took horses out of the wild herds to use and also released horses to add to the genetic pool. There are informal records that state who  release horses and what horses were released. Throughbreds, Saddlebreds, Morgans, Arabs  and ranch horses are just a few of the recorded horses. So man was involved somewhat in the creation of the horses that would become the "wild horses of Suffield".

The beginning of the Suffield Mustang really began when the Military Base fenced off 200 square miles and fenced in a large number of the wild horses that had made their home for generations on the rugged Canadian Prairies. These horses were now confined to the base and natural selection began. The locals say in some years up to 70% of the foals perished due to the harsh environment. Only the fittest horses survived and that began the creation of Nature's version of the perfect horse for survival on the harsh and unforgiving Canadian Prairies.

The  Suffield  Mustangs became a group of horses contained in the same environment, however, man was no longer involved in the "selection" process, nature had taken over. The Suffield Mustang was  created by "natural selection" meaning that animals that survived to breed and raise offspring successfully  passed their traits to their offspring. Over generations the group pf animals becomes more similar.

Suffield Base was a training base  with an active weapons range and this created another "selecting factor" for the Suffield Mustangs. Although many members of the military did their utmost to avoid harming the horses, weapons are fired over long distances and often to areas out of sight of the soldiers. Thus the Suffield Mustangs learned not to panic over loud noises, they learned to stop and determine where the threat was and then to react appropriately. In many instances, the safest course of action was to get behind the soldiers and to take cover behind old buildings. Thus a smart, non panicking reaction became a survival trait. In many military photos  the horses are seen seeking shelter behind the soldiers were they were safe from the guns and bombs.

Hot, dry summers and harsh cold winters with little food sources and virtually no shelter quickly selected for tough, hardy horses who could nurse a foal through the winter, while pregnant with the next foal and survive on very little  food.  The Mustangs that could travel over long distances without becoming lame or  falling behind the herds were naturally selected for.

The Kiger Mustangs are a prime example, since they were cut off form other herds, almost all are buckskin in colour and uniform in appearance and athletic ability. This is a “breed” created by nature and then further modified by man.

The Suffield horses spread out into many herds and thus,over time seemed to develop into several  body types. Heights and body builds varied but all have similarities. They possess great  legs and feet, their bodies well balanced, calm dispositions, great herd instincts and  are quick to learn. They also tend to be easy keepers who thrive on outdoor living. They are excellent mothers, producing great quantities of milk thus their foals grow quickly to give them a better chance at surviving their first winter. After the initial growth spurt their growth slows down and they mature slowly. Fast growth is a trait that Nature selects against. Slower growth meaning more time to develop strong bones and muscles, it also slows down reproduction maturity. hence giving the mares time to mature  successfully reproduce and add their traits to the gene pool.

Interestingly, the Suffield Mustang comes in all colours and patterns EXCEPT grey. Greys are noted to be more  susceptible to skin cancers.

In the past, when a horse breed was being developed man used “Stud Books” to track bloodlines. Of course, honesty was relied upon and despite best intentions, accidental breeding would be undetected and those horses would also contribute to the gene pool.

The Suffield Mustang Association Of Canada has maintained a breed registry since the Suffield Mustangs were first removed from the Base. Unfortunately, many of the original herd simply disappeared and did not make it into the Registry. However, there were enough Mustangs in the Registry to have enough genetic diversity to  move forward in becoming a recognized breed.

Today, modern science has progressed to be able to  use DNA to trace parentage thus helping to ensure that a “breed” stays “pure”. Genetic testing is available to help remove defective or undesirable traits from breeds and to help select for desirable traits such as colour patterns. Some breed registries have embraced technology, and others, despite the availability of DNA testing still rely on “Stud Books” and honesty.

At this point SMAC has not required genetic testing but as we more forward, we hope to incorporate DNA testing and microchipping or  freeze branding as a permanent  method of identifying Canadian Suffield Mustangs. 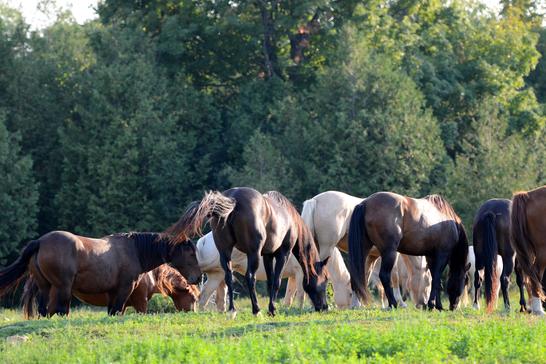 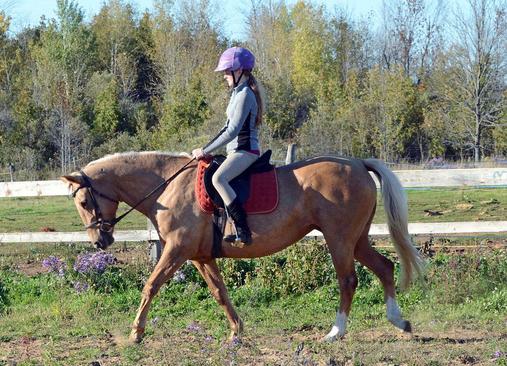