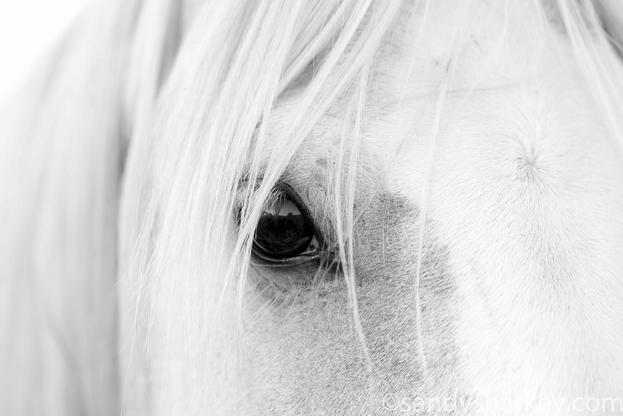 The Suffield Mustangs are more than just a historical curiosity. They are a unique breed, which resulted from domesticated horse stock being added to the original wild horses, and then these horses were exposed to decades of natural selection when these  wild horses  were accidentally fenced into the 200 square mile Canadian Forces Base Suffield in 1965.

Before that local ranchers had loosely managed the horses, and had introduced domesticated horses (Quarter Horses, Arabs, Morgans, Thoroughbreds, ranch horses and a few other breeds). Once the horses were fenced in, Mother Nature took over and the horses were free from the good intentions  of man.  Natural selection is very harsh, singular purpose in ensuring only the strong will survive.

The horses of Suffield did more than survive they flourished, getting stronger and better at survival each year, although some years foal loss was high, the horse numbers steadily increased..

For decades the" Wild Horses of Suffield"  were a  tourist attraction and people from all over the world came to admire Canada's wild horses.

In  the nineties, talk started about controlling the population of the horses as they were beginning to damage the  environment simply because of their large numbers. The debate raged and most Canadians believed the government would adopt similar policies that our southern neighbours, the Americans, did to protect their wild horses and burros.

The Americans had passed laws protecting their wild horses and burros and developed methods to control horse populations to ensure that the horses would not overeat their food supply. The US Bureau of Land Management use regular round-ups and  adopt out young healthy horses to carefully screened applicants, and use birth control to slow down the population growth.

The Americans deemed  their wild horses and burros as part of their heritage and strive to protect them, while allowing them to remain wild and free.  Unfortunately, the Canadian government deemed  the wild horses of Suffield as "feral horses" and a "nuisance" and rounded them up and sold them to whoever had the money to buy them. Of the large number of horses on the base, the majority simply disappeared.

There is much speculation about the  Canadian Government's decision to remove all the horses from the grasslands rather control the population like our American neighbours do. Environmental experts did agree that the sheer number of horses was destroying the Prairie habitat but they also stated that removal of all the horses would also have a negative impact of the grasslands and it was recommended that population control was a better solution.  So why did the government decide to remove every last horse from Suffield Military Base?

The locals  said the  horse thieves were breaking onto the base to steal horses. Was that a rumour or fact?  Interestingly, many of the high quality horses seen in photos taken before the round-up were not found on the Base during the  round-up.

In the end it really doesn't  matter,  in 1994 at the order of the Canadian Government, all the wild horses remove removed from the Base. This removal  created the need  for Canadians to "step-up and save" the wild horses of Suffield.

The  Suffield Mustang Association of Canada  was formed by admirers of the famous Canadian wild horses  when the horses were removed by the government from  Suffield Military Base and "adopted" aka "sold" to anyone with the money to buy them.

Association members bought as many of the wild horses as they could afford and encouraged other buyers to join the newly formed Suffield Mustang Association.

SMAC  was formed because the wild  horses were removed and Suffield horse enthusiasts knew that unless something was done, these amazing horses, valuable for their genetic diversity and for  their place in  Canadian history would simply disappear and  become legends of the past.

These forward thinking horsemen and women recognized the historical significance  and the high quality of these horses and formed SMAC  to promote and preserve the unique "wild horses of Suffield".

165 people joined SMAC when it was first formed, registering horses from the original round up, and registering foals since then.

So far results of Suffield Mustang breeding programs have met with good success. The extreme intelligence and deep seated instincts along with their excellent physical qualities are being passed onto their offspring for future generations to enjoy.

The horses that once ran wild and free on the Canadian Prairies have found their next mission becoming a "domesticated breed" that  Canadians can be proud to call  our "famous Suffield Mustangs".